“one good deed deserves another”

The following inspiring story is by guest writer, Lori Leonard. 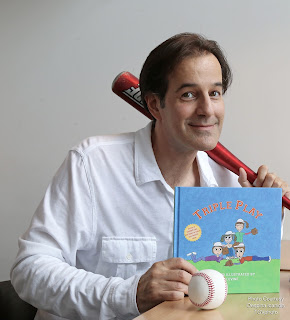 Fred Levine lives in Montreal, but spent much of his childhood in the Laurentians. He has fond recollections of cherished family time.


When Fred was young, he enjoyed writing, drawing and “cartooning.” When school was on strike, he initiated a stationery company and created unique memo pads.


As time passed, Fred realized he still enjoyed writing and thought it would be fun to write a book about his triplets, but had no intention of illustrating it.


Tragically, life for Fred and family turned upside down when he suffered a seizure and was diagnosed with anaplastic astrocytoma, a rare cancerous brain tumor. Fred was forced to endure difficult treatments and was susceptible to seizures which he still experiences today.


Unable to work, Fred focused his energy on completing his children’s book and decided to illustrate it which provided a welcome form of “therapy.”


Fred Levine’s first book, Triple Trouble: One Good Deed Deserves Another was published in 2013. In 2015, Fred published another book Triple Play about his family being part of a baseball team. Both are “feel-good” children’s books for ages 6-12.  The books include poems with humorous cartoons; pay-it-forward life lessons of “being there for each other”.


Fred donates all proceeds from these books ($25), to the Gerry and Nancy Pencer Brain Trust. Fred says cancer was never his first choice, but he wanted to use it to create an optimistic outcome.


Fred’s message: “Remain optimistic, live your life and do what you want to do. Remember a very important life lesson - one good deed deserves another.”


If you are seeking a uniquely illustrated children’s book, and want to share Fred’s message of kindness, order via www.tripletroublebooks.com . 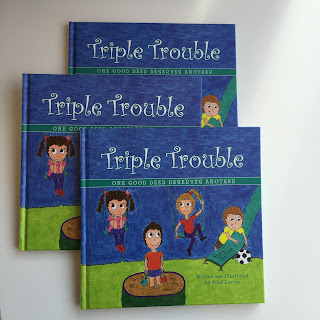