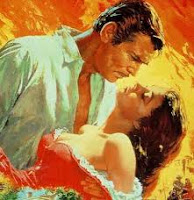 Before I share my latest tip, I want to tell my fellow bloggers from New Zealand that my prayers are with you. I hope your beautiful country recovers fast from the devastation of the latest earthquake.
***
Reading some articles in the Writer’s Digest yesterday, I found this great exercise for creating three-dimensional scenes. This makes a lot of sense! The activity below, according to the article, will strengthen a weak scene in your novel in just 30 minutes.

Choose a scene from your own work or one you want to add to your story. Practice writing the same scene over and over. Use all dialogue the first time. Then use all narrative. Then all action. Finally, weave all three fiction elements for a three-dimensional effect.

Pull a troublesome scene from your own story. Which element does it have too much of? Too little of? Consider how you might weave all three elements to make it more three-dimensional.

Take a look at some of your woven scenes and see if you can speed them up by taking out all of the narrative and using only dialogue. Or slow them down by taking out the dialogue and using only narrative. Maybe a scene should be focused on the action alone, for the sake of moving the external plot forward. Remember that not every scene needs to be woven to be effective.

Go exercise now and happy writing everyone!
Posted by Claudia Del Balso at 8:37 PM 5 comments: Links to this post

Are You Ready to Submit? STOP! Think twice before you do! 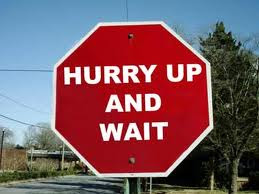 How many of us have submitted work without asking for a second opinion? We’re so eager to submit our novel, short story, or novella because tomorrow it might be too late.
My mentors have told me time and again to edit my work as many times as possible. Grammatical or punctuation errors are an agent’s major pet peeve. But, are you aware that there are other factors that can obliterate your optimism and your novel as well?

I had no idea that many writers fall into certain submission patterns. According to Irene Goodman who has been a top agent for more than 30 years, with many NY Times bestsellers, says that she’s been noticing a lot of good writers with the best of intentions make the same three crucial errors:

1. They try to throw too much into the story, thinking it will appeal to more people that way. The opposite is true. I ask them to identify where in the bookstore this book will be shelved. If they can't answer promptly, they've made a mistake. You can't write a mystery/romance/thriller/adventure/soap opera with a dash of science fiction. Simple is better.

2. They write a thriller that's not--well, thrilling. It may be interesting and well written, but if it's not scary, it doesn't have suspense, there is nothing big at stake, or there isn't much action, it's not much of a thriller.

3. They pick subjects that are just not commercial. Don't spend three years of your life writing a novel about King Olof Skötkonung of Sweden or a romance novel set in Germany in 1943. Learn what's commercial and what is not.

Have you submitted without double-checking your work? Are you REALLY ready to submit? Remember: “Good things come to those who wait.”
Posted by Claudia Del Balso at 10:38 PM 15 comments: Links to this post 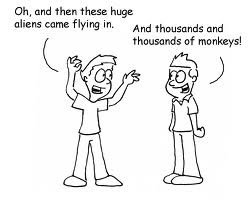 How mindful are you when you write dialogues? In real life we get away with rambling, but in fiction? It’s a big no-no. I’m editing a story where my dialogue sounds more like characters in a reality TV show. So I decided to share with you an article I read back in January, by James Scott Bell about seven tools he considers important when writing dialogue.

1) LET IT FLOW.
When you write the first draft of a scene, let the dialogue flow. In fact, you can often come up with a dynamic scene by writing the dialogue first. Record what your characters are arguing about, stewing over, revealing. Write it all as fast as you can. As you do, pay no attention to attributions (who said what). Just write the lines.

Once you get these on the page, you will have a good idea of what the scene is all about. And it may be something different than you anticipated, which is good. Now you can go back and write the narrative that goes with the scene, and the normal speaker attributions and tags.

2) ACT IT OUT.
Make up a scene between two characters in conflict. Then start an argument. Go back and forth, changing your actual physical location. Allow a slight pause as you switch, giving yourself time to come up with a response in each character’s voice.

3) SIDESTEP THE OBVIOUS.
One of the most common mistakes aspiring writers make with dialogue is creating a simple back-and-forth exchange. Each line responds directly to the previous line, often repeating a word or phrase (an “echo”). It looks something like this:
“Hello, Mary.”
“Hi, Sylvia.”
“My, that’s a wonderful outfit you’re wearing.”
“Outfit? You mean this old thing?”
“Old thing! It looks practically new.”
“It’s not new, but thank you for saying so.”

This sort of dialogue is “on the nose.” There are no surprises, and the reader drifts along with little interest. While some direct response is fine, your dialogue will be stronger if you sidestep the obvious:

Hmm. Who is “he”? And why should Sylvia know? The point is there are innumerable directions in which the sidestep technique can go. Experiment to find a path that works best for you. Look at a section of your dialogue and change some direct responses into off-center retorts.

4) CULTIVATE SILENCE.
A powerful variation on the sidestep is silence. It is often the best choice, no matter what words you might come up with. Hemingway was a master at this. Consider this excerpt from his short story “Hills Like White Elephants.” A man and a woman are having a drink at a train station in Spain. The man speaks:

“Should we have another drink?”
“All right.”
The warm wind blew the bead curtain against the table.
“The beer’s nice and cool,” the man said.
“It’s lovely,” the girl said.
“It’s really an awfully simple operation, Jig,” the man said. “It’s not really an operation at all.”
The girl looked at the ground the table legs rested on.
“I know you wouldn’t mind it, Jig. It’s really not anything. It’s just to let the air in.”
The girl did not say anything.

In this story, the man is trying to convince the girl to have an abortion (a word that does not appear anywhere in the text). Her silence is reaction enough. By using a combination of sidestep, silence and action, Hemingway gets the point across through a brief, compelling exchange.

5) POLISH A GEM.
We’ve all had those moments when we wake up and have the perfect response for a conversation that took place the night before. Wouldn’t we all like to have those bon mots at a moment’s notice?
Your characters can. That’s part of the fun of being a fiction writer. I have a somewhat arbitrary rule—one gem per quarter. Divide your novel into fourths. When you polish your dialogue, find those opportunities in each quarter to polish a gem.

6) EMPLOY CONFRONTATION.
Many writers struggle with exposition in their novels. Often they heap it on in large chunks of straight narrative. Backstory—what happens before the novel opens—is especially troublesome. How can we give the essentials and avoid a mere information drop?

Use dialogue. First, create a tension-filled scene, usually between two characters. Get them arguing, confronting each other. Then have the information appear in the natural course of things. Here is the clunky way to do it:

John Davenport was a doctor fleeing from a terrible past. He had been drummed out of the profession for bungling an operation while he was drunk. Instead, place this backstory in a scene in which John is confronted by a patient who is aware of the doctor’s past:

“I know who you are,” Charles said.
“You know nothing,” John said.
“You’re that doctor.”
“If you don’t mind I—”
“From Hopkins. You killed a woman because you were soused. Yeah, that’s it.”

And so forth. This is a much underused method, but it not only gives weight to your dialogue, it increases the pace of your story.

7) DROP WORDS.
This is a favorite technique of dialogue master Elmore Leonard. By excising a single word here and there, he creates a feeling of verisimilitude in his dialogue. It sounds like real speech, though it is really nothing of the sort. All of Leonard’s dialogue contributes to characterization and story.

It sounds so natural, yet is lean and meaningful. Notice it’s all a matter of a few words dropped, leaving the feeling of real speech.
As with any technique, there’s always a danger of overdoing it. Pick your spots and your characters with careful precision and focus, and your dialogue will thank you for it later.
Posted by Claudia Del Balso at 10:30 PM 21 comments: Links to this post 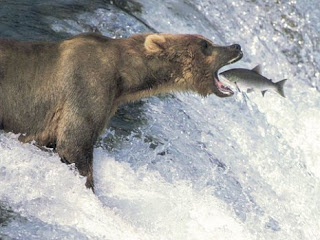 On January 26, my fellow blogger, Carol Kilgore at Under the Tiki Hut, wrote about wondering. Like her, I wonder a lot. I think “wondering” is okay as long as you don’t turn into one of Woody Allen’s neurotic characters (and yes, I love Woody!). So, I try to wonder without worrying, which brings me to my next topic: Wondering about a missed opportunity.

A few months ago, an editor, who appreciates my writing, generously offered to help me look for a publisher for my anthology. I was thrilled! We discussed the theme of my work, the number of stories I would include, and the chances of getting published. I thanked him and I followed up via email. Then life got in the way; I had to deal with a personal problem.

I focused on my problem for so long, I forgot about the wonderful proposal I had gotten earlier. Days turned into weeks, weeks into months, and months into 2011. Now I’m wondering if it’s too late to rekindle this conversation. I’m wondering whether the editor thought I was interested or not. I’m wondering if timing is everything.

Has my ship sailed? Have you ever missed a wonderful opportunity?
Posted by Claudia Del Balso at 10:29 PM 37 comments: Links to this post