Question of the week

I usually give writing tips and advice. Today, however, I’d like your opinion on a polemical issue. I read “somewhere” that in today’s writing world, we as writers must be true to ourselves. The article said writers should fight conformity and avoid following the rules (the word used was confinement); a bit extreme if you ask me.
Furthermore, the article mentioned that “Writing is a zero-sum game; someone else’s gain is your loss.” I was somewhat perplexed when I read that we should not listen to the wisdom of other writers, whether found in a classroom, a writer’s group, a craft book, a writer’s magazine, or another blog.


What are your thoughts? Do you agree/disagree? I’d love to hear from you.
Posted by Claudia Del Balso at 10:25 PM 24 comments: Links to this post


2013 has brought some changes to my life. Change can be good if seen from a different perspective. That’s why I’ve decided that if I cannot change the cards that I’m dealt, then I should at least change my attitude. Only I have the power to do so.

Last night I was talking about life, death, and changes with a dear friend of mine. I pondered over his words and this is why I chose this Neruda poem. Our conversation is beautifully explained in this poem. 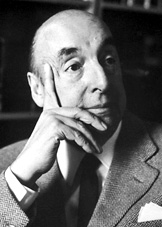 You start dying slowly
When you kill your self-esteem;
When you do not let others help you.

You start dying slowly
If you become a slave of your habits,
Walking everyday on the same paths…
If you do not change your routine,
If you do not wear different colours
Or you do not speak to those you don’t know.

You start dying slowly
If you avoid to feel passion
And their turbulent emotions;
Those which make your eyes glisten
And your heart beat fast.

Have you gone through some changes lately? Do you identify with Neruda's words?
Posted by Claudia Del Balso at 9:32 PM 11 comments: Links to this post

I bet this word is very familiar not just to writers but everyone in general. I imagine we’ve all been there at one point or another, especially when life gets in the way.


I read a column by Judy Christie, author and consultant, who writes inspirational fiction and nonfiction.
She says that she noticed bestselling authors had something in common. Despite differences in genre, style, voice, settings, or characters, they developed a writing habit.


A writing habit, that’s the secret! (It’s not really a secret, most writers know this). I hate to admit it, but I am a procrastinator. Hello. My name is Claudia and I’m a procrastinator.
Ms. Christie's experience, however, helped me rid of that sense of guilt I had. I am entitled to procrastinate as long as I don’t make it a habit.


This is what she had to say:
After years of procrastination and fear, that lesson helped me write my first novel and five since.


When I flounder as a writer, it’s because I’m inconsistent with my daily writing discipline. When I produce my best stories, I rely on that basic lesson from the masters – words on the page.
I’m almost embarrassed to admit that on my most rewarding and productive writing days, I use a kitchen timer, set for an hour at a time. I track how many hours I actually write — as opposed to time spent Tweeting, Facebooking or wandering around my friends’ blogs.


You’d think at age fifty-five I wouldn’t need such a trick, but, after all, it took me fifty years to write a novel.


Are you a procrastinator? Have you overcome this habit?
Posted by Claudia Del Balso at 11:33 PM 4 comments: Links to this post

Over the weekend I got inspired to start a story I had concocted in my head a long time ago. It finally came to fruition.


Then last night, a fellow writer and dear friend of mine called me to share some news regarding a project. She also informed me that after a long hiatus she was ready to tackle her writing. And since I had started writing again, we agreed on giving each other feedback. Sometimes a little push is all you need to get motivated again.Based on our current editing process, I realized we need to apply what we learned in our writing workshops.


1. USE ACTIVE VOICE INSTEAD OF PASSIVE.
In general, the active voice is stronger because it is more direct and cuts down on the number of needed words.


2. SIMPLIFY YOUR LANGUAGE.
Use simpler words—whether verbs, nouns or adjectives— replace a less familiar word with a more readily understandable one to avoid misunderstandings.

3. USE VERBS, NOT NOUNS.
Sometimes nouns make sentences longer and weaker. For instance, “The passing of time was…” Why not say, “Time passed…”

4. CUT BACK LONG SENTENCES.
One way to make your writing clearer is to limit the use of long sentences.

5. TRIM EXCESSIVE QUALIFICATION.
At times, qualifiers will serve their purpose but overdoing it can weaken your writing. Excessive qualifiers add bulk without adding substance.

6. USE PARALLELISM.
Parallelism is an important element of style because it builds clarity and power.
7. AVOID REDUNDANCIES.
A story can become tiresome when a writer needlessly repeats a word or an idea.


8. AVOID UNNECESSARY SELF-REFERENCE.
Avoid such unnecessary phrases as "I believe," "I feel" and "in my opinion."

9. AVOID THE MASCULINE GENERIC.
The masculine generic refers to the sole use of the pronoun “he” or “him” when referring to situations involving both genders. Opt for gender-neutral language, instead.

10. BE SPECIFIC.
Vague language weakens your writing because it forces the reader to guess at what you mean instead of allowing the reader to concentrate fully on your ideas and style.
Posted by Claudia Del Balso at 11:55 AM 15 comments: Links to this post