Is your prose too “pretty” for your readers? 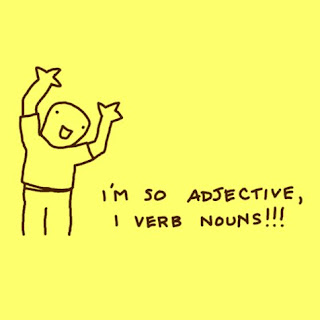 Last night I met with a friend to discuss the story she’s recently written. We talked about how the misuse of adjectives and adverbs can affect our prose in a negative way. Lucky for me, I kept an article from William Noble, author of Noble’s Book of Writing Blunders (2006). Below you’ll read the abridged version of his article originally published on July 4, 2010 in the Writer’s Digest.

Learn how adjective and adverbs create redundancy and promote lazy writing and see how you can make your writing direct, vivid, and descriptive without making your readers want to get rid of your book.

Raymond Carver acquired a reputation as a short story master due to his attention to detail. Rarely, if ever, was a word or a series of words purposeless and uncertain. His prose was tight and emphatic, and his phrases never dangled or were superfluous. His craftsmanship honed his work to its essence. There aren’t many Raymond Carvers in this world, but each of us can learn some important things from the way he approached his writing. Sentence structure and punctuation were crucial, the proper word was essential, and what was omitted as important as what was inserted.

This brings us to adverbs and adjectives. Clearly, Carver would cast a suspicious eye on these forms of speech because many times they add little to what is already on the page. Frequently, they are not important, and in a short story, that means they have no business there.

Many inexperienced writers throw in “pretty” words to make their prose more dramatic and meaningful. But such cosmetic touch-up often turns out to be redundant or simply uninspiring. Take adverbs such as “lovingly” or “speedily” or “haltingly.” They each point to some circumstance or emotion or movement, yet do they offer solid impact? He whispered to her lovingly… She zoomed around the oval speedily… He stuttered haltingly…

In the last two instances, the verbs themselves provide the acting and the emotion in the sentences; the adverbs merely underscore what the verb has already described. Is it possible to “zoom” without doing so speedily … or to “stutter” without doing it in halting fashion? These are redundancies, and they do little for the prose except to give it an awkward cast.

It isn’t only redundancies that adverbs can generate. They also encourage lazy writing. Take the earlier example, “he whispered to her lovingly …” I suppose he could whisper many things, including words, which are loving, but somehow the adverbial tail seems a lazy way out. By using “lovingly” the writer is really—and we’ve heard this before—telling instead of showing. Far more dramatic would be to write:

He whispered words of love … my sweet, dear lover, my angel … he purred his contentment, his joy …

No adverb here, and the drama is enhanced. I’ve shown those things that he whispered lovingly, and the reader has to be more involved in the story.

It has become a cliché to use the adverbial tail time and time again. In addition to minimizing the dramatic effect of the action, it grinds on the reader’s ear (remember, readers “hear” as well as read). All those words ending in “-ly,” not doing much for the sentence, not creating much of a word picture … Who could blame readers for wondering why the words were there in the first place?

And who could blame these same readers for laying the book aside? “Most adverbs,” says William Zinsser, “are unnecessary.” He’s right. And when it’s important to prettify your prose, there are better ways to do it.

Are you guilty of prettifying your prose?
Posted by Claudia Del Balso at 2:51 PM