Is the publishing industry on life support? 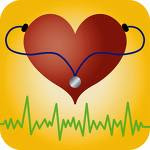 No. Not according to Mr. Nicholas Hoare, owner of Nicholas Hoare Bookstores. Last night I attended a meeting where he discussed the future of the publishing industry in Canada. He said that there’s a decline in Canadian books because a lot of material falls between the cracks. Electronics are the culprits, too, as they are choking the market. However, the economy or the big book companies have nothing to do with Canadiana’s poor performance. The reason is salability.

Mr. Hoare added that we have to show appreciation for unknown authors. Great books deserve to be published even if they are not best-sellers. For instance, The Life of Pi, a fantasy adventure novel written by Canadian author Yann Martel. It was first published by Vintage Canada and was received with enthusiastic reviews but moderate sales.

In Montreal you must sell a minimum of two thousand copies in order to be called a best-seller. And that’s only in Montreal!

Furthermore, McArthur and Company (which he co-owns) produces twenty to thirty titles a year because they are very particular at what they take on. Private publishing will always have a place for authors who are willing to do their own peddling. Mr. Hoare also said that we shouldn’t be afraid of Kindle, the largest E-ink screen (a thin, lightweight, electronic reading device that you can take anywhere and download your favorite book, newspaper, or magazine). He said that there will always be books. True, Kindle has its charm but also a downfall. Customers (like me, for instance) want to see and feel so they can buy. People who grew up reading conventional books will not stop buying conventional books. Avid readers like Mr. Hoare won’t stop buying books. Let’s face it, we love books!

In a nutshell, Mr. Hoare says the market is there, vibrant, curious, and thriving for novelty. The market for book is expanding, not contracting.